A reluctant, newly promoted captain is given command of a 90-year old Constitution-class starship brought out of storage and refit during the waning days of the Dominion War. Now, in the aftermath of that destructive conflict, the Gibraltar is assigned to allied occupied Cardassian space. Their mission is to assist with the desperate humanitarian aid effort to rebuild a shattered Cardassian nation.

The crew of Gibraltar is not the finest ever assembled. They are an average Starfleet crew with limited resources assigned to tasks better suited to larger, more capable vessels. Nevertheless, Captain Donald Sandhurst and his crew struggle to fulfill their duty and accomplish their missions during a dark chapter of the Federation's history.

Embers of the Fire by Gibraltar    Rated: M

Part One of the Star Trek: Gibraltar series The aging starship Gibraltar is brought out of mothballs to assist in Federation humanitarian relief operations within Cardassian territory in the immediate aftermath of the Dominion War. The crew quickly discovers not everyone shares the Federation's vision for Cardassia's future.

Dispatched to investigate the disappearance of a Starfleet vessel, the crew of Gibraltar find themselves embroiled in a mystery whose significance catches the attention of the upper echelons of Federation leadership. As forces beyond their comprehension converge on the enigmatic Pierosh star system, Captain Sandhurst and his crew must seek to unravel a tangled web of lies, plots, and divided loyalties that could ultimately spell doom for the entire quadrant.

Captain Sandhurst volunteers his ship and crew for a Federation mission of mercy led by Jean-Luc Picard of the Enterprise. They are headed back into the Briar Patch in order to stop the slaughter of the Son’a and Ba’ku at the hands of the Alshain. This once powerful race, recently allied to the Federation during the Dominion War, is now bent on ethnically cleansing their newly acquired territory. The crew of Gibraltar discover that the situation is both more complicated, and more tenuous than anyone had imagined.  The story includes cameos of Dnoth's USS Independence and David Falkayne's USS Sutherland.

Gibraltar is ambushed during a routine convoy escort, and engages in a desperate fight for survival in a treacherous asteroid field.  Who is behind this unprovoked attack, and will help arrive in time?  This story is a crossover with TheLoneRedshirt’s Tales of the USS Bluefin.

Gibraltar comes to the assistance of a stricken freighter carrying a hunted religious order. Without Starfleet assistance, their young leader could create a diplomatic crisis for the Federation and Cardassia.

Gibraltar is pulled from her duties in occupied Cardassian territory to escort a diplomatic mission to the Gamma Quadrant.  When tragedy strikes, Captain Sandhurst finds he and his crew isolated on the far side of the galaxy and faced with the very real possibility of re-igniting hostilities with the Dominion.

However, unknown to Gibraltar, the starship Intrepid is also currently assigned to the Gamma Quadrant on a secretive mission of the utmost delicacy.  Captain Aubrey and his crew must endeavor to discover the true nature of the threat that faces both ships, as well as avert a tragedy that could result in the deaths of billions.

This story is a crossover with Galen4's Star Trek: Intrepid.

Gibraltar’s mission to bring home the remains of a crew member killed in the line of duty is beset by corporate intrigue and a rash of mysterious vanishings within the company owned by the officer's family for generations.  Torn by loyalties both to his deceased comrade and to the uniform, Captain Sandhurst must decide whether the security of the Federation is worth the honor of a single fallen soldier.

A crossover novel between Star Trek: Gibraltar and Star Trek: Full Speed Ahead!

Stardate 54310.98: A very attractive Commander arrives at Starbase 375 near the Cardassian border to assume custody of a very dangerous prisoner... all by herself. They depart together in the runabout Sacramento; sixteen hours into their trip, they come under attack by the Maquis.

Stardate 54311.8: The starship USS Gibraltar, while en route to a Federation convoy to the Rudyard Colonies, is diverted by the distress signal of the runabout Sacramento. Upon arrival, they find the runabout destroyed and an encrypted beacon points the way toward an escape pod. Now, Captain Sandhurst and his new executive officer, T'Ser, must deal with the formidable presence of Commander Ariel Elannis, and her prisoner, former Starfleet Captain Sabrina Diaz. 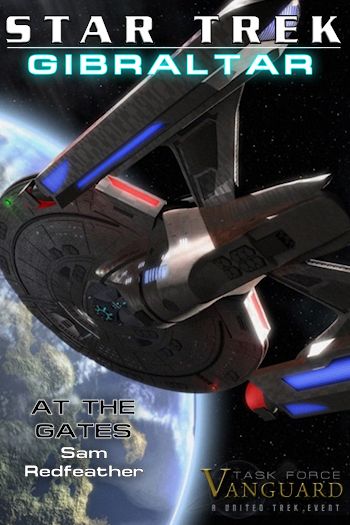 It’s been two years since the end of the Dominion War. The Alpha Quadrant is still reeling in the aftermath of the most destructive interstellar war in over two millennia. The Romulan Star Empire teeters on the brink of economic and social collapse as the Klingons struggle to come to grips with a failing warrior ethos that has left their society riddled with nepotism and corruption. What remains of the Cardassian Union is in shambles with a road to recovery that will be measured in decades.

As the great powers of the quadrant lick their wounds, the second-tier governments vie for position and spark a firestorm of ‘minor’ conflicts that further sap the strength of the beleaguered Federation. The Alshain/Son’a War, the Talarian Incursion, the Benzar Plebiscite Crisis, the Velk Incident, a resurgent Maquis movement and religious terrorism on Bajor… the crises mount as an overwhelmed Starfleet struggles to cope.

Amidst this turmoil, a new shadow takes shape, a potential catastrophe the likes of which has never been seen in the Federation’s history. Keeping the truth of the impending danger from their wartime allies, Starfleet engages in a desperate plan that just might give the UFP the time it needs to meet the rising threat head on, and more importantly, on the Federation’s terms. 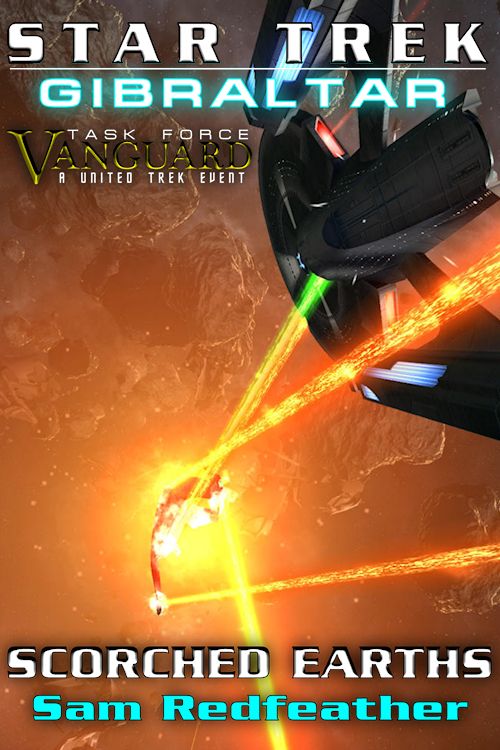 The exciting story that continues the Task Force Vanguard saga begun in At The Gates!

As the surviving ships of Task Force Vanguard’s first wave struggle to stem the incoming tide of alien refugees, a foe from Captain Sandhurst’s past returns to make an already agonizing situation immeasurably worse. Conflicted by loyalties both new and old, Sandhurst and the crew of the starship Europa must battle to prevent the nearer reaches of the Delta Quadrant from collapsing into anarchy.

The life and times of the El Aurian Pava Lar'ragos.

A brief window into the young life of Ashok of Bolarus IX.

A new captain assumes her first command, only to discover that the new ship already comes with its own ghosts.

A dusty day for two mechanics on Cardassia Prime turns into something neither of them could have anticipated.

A too-late for consideration entry to the News Headlines Challenge.